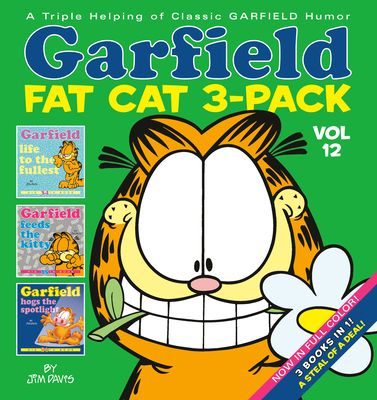 This fun-filled, full-color collection includes three books in one: Garfield Life to the Fullest, Garfield Feeds the Kitty, and Garfield Hogs the Spotlight!

Garfield never puts off till tomorrow what he can eat today. The corpulent cat loves lasagna, adores anchovies, and is bonkers about bacon. Snacking is a full-time job for the tubby tabby, but he still manages to squeeze in a marathon catnap or two. Will Garfield ever change his ways? Sure, just as soon as Jon gets a date with a supermodel and Odie wins the Nobel Prize.