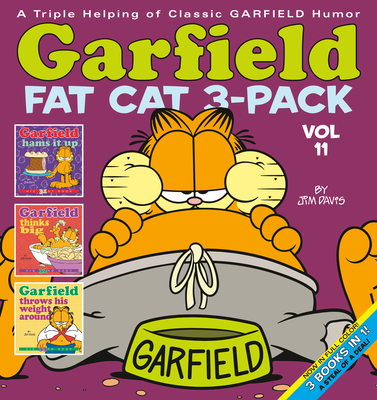 This fun-filled collection includes three books in one: Garfield Hams It Up, Garfield Thinks Big, and Garfield Throws His Weight Around.

Everyone’s favorite tubby tabby is back for another heaping helping of food and fun. So whether he’s playing “stomp the spider,” blaming the missing cookies on his invisible friend, Clive, or running Odie-dropping tests to determine whether “Bouncy” would be an appropriate nickname for the hapless pup, Garfield always spreads around his special brand of love—and laughter!