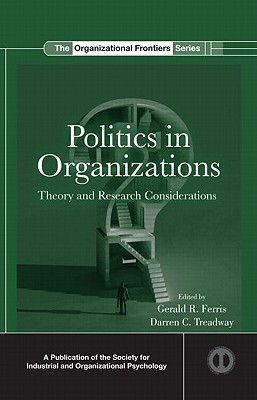 Gerald R. Ferris is the Francis Eppes Professor of Management and Professor of Psychology at Florida State University. Ferris received a Ph.D. in Business Administration from the University of Illinois at Urbana-Champaign. Ferris is a Fellow of the American Psychological Association, the Society for Industrial and Organizational Psychology, and the American Psychological Society. He has research interests in the areas of social and political influence in organizations, the nature and consequences of personal reputation in organizations, the underlying dimensions and characterization of work relationships, and particularly how politics, reputation, and work relationships play key roles in human resources management practices. Ferris is the author of numerous articles published in such scholarly journals as the Journal of Applied Psychology, Organizational Behavior and Human Decision Processes, Personnel Psychology, Academy of Management Journal, and Academy of Management Review. He founded, and served as editor of, the annual series, Research in Personnel and Human Resources Management from its origin in 1981 until 2003. Ferris has authored or edited a number of books including Political Skill at Work, Handbook of Human Resource Management, Strategy and Human Resources Management, and Method & Analysis in Organizational Research. Ferris has been the recipient of a number of distinctions and honors. In 2001, he was the recipient of the Heneman Career Achievement Award, and in 2010 he received the Thomas A. Mahoney Mentoring Award, both from the Human Resources Division of the Academy of Management. Ferris has consulted on a variety of human resources topics with companies including ARCO, Borg-Warner, Eli Lilly, Motorola, and PPG, and he has taught in management development programs and lectured in Austria, Greece, Hong Kong, Japan, Singapore, and Taiwan, in addition to various U.S. universities. Darren C. Treadway is Associate Professor of Organization and Human Resources at the State University of New York at Buffalo. He received a Ph.D. from Florida State University (2003) and an MBA from Virginia Tech (1996). Dr. Treadway's research interests include social influence processes in organizations, with particular reference to organizational politics, political skill, and leadership. His research has been published in leading journals such as Journal of Applied Psychology, Journal of Management, Leadership Quarterly, Journal of Organizational Behavior, and Human Relations. He has co-authored 27 articles and 13 book chapters. His research has twice been awarded the Emerald Publishing as a Citation of Excellence as one of the top 50 business publications. Prior to his employment with SUNY, Professor Treadway was on faculty at the University of Mississippi where he was twice named the Researcher of the Year. His cumulative contributions earned him the 2009 SUNY at Buffalo Exceptional Scholar Award. Before entering returning to academics, Dr. Treadway was employed as a Divisional Director of Operations and a Training Manager.