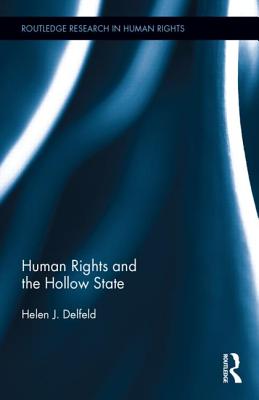 The book investigates the beliefs about governance that determine that state structures are the most appropriate venue for international human rights actors and activists to operate. Helen Delfeld argues that those beliefs rely on a normative perception of a nation-state, not necessarily applicable to most of the post-colonial world. While most post-colonial states may appear to demonstrate the trappings of modern nation-statehood, these projects are mostly spurred by and benefit an elite class. At the same time, there may be little identification with their government among the grassroots polity.

Delfeld focuses on the Philippines as an example of a post-colonial state, using nested case studies to show how people think differently about the state at different scales. Following a two-pronged approach, she investigates key moments of state action or inaction, and then asks people at the grassroots about their perspectives on governance, their engagement with the state, and their views of human rights. Her findings indicate that people at the grassroots rely on alternative forms of governance, often in the form of NGOs, INGOs, local cooperatives, informal networks, or structures that pre-date both colonization and independence. Her research also indicates the possibility that some of the most effective human rights actors do not rely on the state, as demonstrated by comparing locally-generated campaigns aimed at promoting environmental rights with state campaigns that address violence against women.

The Hollow State and Human Rights shows that rights initiatives misdirected through a "hollow state" might strengthen the mechanisms of the state, but might not actually create a more attentive nation-state. Human rights activists and actors may be far more effective by accessing local structures directly, the practical implications of which go beyond the Philippines to other post-colonial states.

Helen J. Delfeld is an Assistant Professor of Political Science at the College of Charleston.