In Praise of Idleness: And Other Essays (Routledge Colloquials) (Paperback) 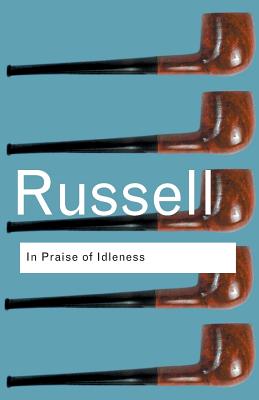 In Praise of Idleness: And Other Essays (Routledge Colloquials) (Paperback)

Intolerance and bigotry lie at the heart of all human suffering. So claims Bertrand Russell at the outset of In Praise of Idleness, a collection of essays in which he espouses the virtues of cool reflection and free enquiry; a voice of calm in a world of maddening unreason. From a devastating critique of the ancestry of fascism to a vehement defence of 'useless' knowledge, with consideration given to everything from insect pests to the human soul, this is a tour de force that only Bertrand Russell could perform.

Bertrand Russell (1872-1970). The leading British philosopher of the twentieth century, who made major contributions in the areas of logic and epistemology. Politically active and habitually outspoken, his ethical principles twice led to imprisonment.