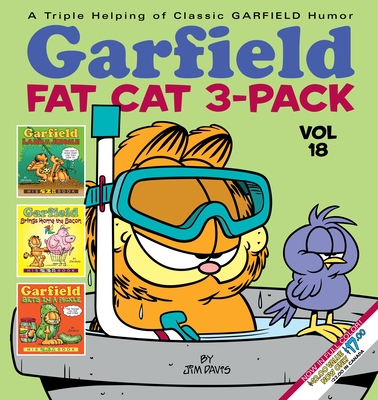 This uproarious collection includes three books in one: Garfield Lard of the Jungle, Garfield Brings Home the Bacon, and Garfield Gets in a Pickle.

The fat is in the fire when Garfield is on the scene. Cooking up trouble—and laughs—is the specialty of the house. Of course, Garfield has plenty of help with über nerd Jon and doofus dog Odie as his not-so-trusty sous chefs.

Whether Garfield is suffering fools such as Jon and Odie, or chillin’ like a villain, he’s always entertaining, and there are always plenty of laughs to feed his hungry fans!