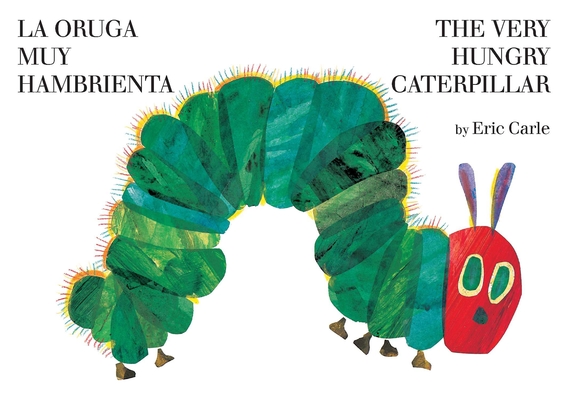 
Not On Our Shelves—Ships in 1-5 Days
The time-honored classic The Very Hungry Caterpillar is now available in two bilingual formats, bringing together two languages for the ultimate reading and learning experience. With easily readable side-by-side English and Spanish text, it's perfect for children learning to speak either language.
Eric Carle is acclaimed and beloved as the creator of brilliantly illustrated and innovatively designed picture books for very young children. His best-known work, The Very Hungry Caterpillar, has been translated into 70 languages and sold over 55 million copies. Carle illustrated more than seventy books, many best sellers, most of which he also wrote, and more than 170 million copies of his books have sold around the world. In 2003, Carle received the Laura Ingalls Wilder Award (now called the Children’s Literature Legacy Award) for lifetime achievement in children's literature. In 2002, Eric and his wife, Barbara, cofounded The Eric Carle Museum of Picture Book Art (www.carlemuseum.org) in Amherst, Massachusetts, a 40,000-square-foot space dedicated to the celebration of picture books and picture book illustrations from around the world, underscoring the cultural, historical, and artistic significance of picture books and their art form. Eric Carle passed away in May 2021 at the age of 91. His work remains an important influence on artists and illustrators at work today. www.eric-carle.com