Jung the Mystic: The Esoteric Dimensions of Carl Jung's Life and Teachings (Paperback) 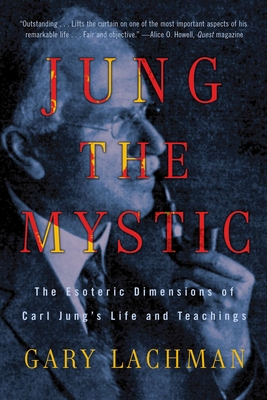 Jung the Mystic: The Esoteric Dimensions of Carl Jung's Life and Teachings (Paperback)

Now in paperback, this bold new biography fills a gap in our understanding of the pioneering psychologist by focusing on the occult and mystical aspects of Jung’s thought and career.

“Outstanding . . . lifts the curtain on one of the most important aspects of his remarkable life . . . fair and objective.” —Alice O. Howell, Quest magazine

“How the Swiss psychologist lived a life rich in the paranormal.” —Los Angeles Times

“A serious but comprehensible new biography of Jung and his interest in the esoteric.” —New Age Retailer

Although he is often called the “founding father of the New Age,” Carl Jung, the legendary Swiss psychiatrist best known for his groundbreaking concepts such as the collective unconscious, archetype theory, and synchronicity, often took pains to avoid any explicit association with mysticism or the occult. Yet Jung lived a life rich in paranormal experiences—arguing for the existence of poltergeists in a debate with Sigmund Freud, participating in séances, incorporating astrology into his therapeutic work, reporting a near-death experience, and analyzing the work of pioneering ESP researcher J. B. Rhine. It is these critical experiences—often fleetingly touched on in other biographies or critical studies, and frequently used to make a case against Jung and his philosophies—that form the core of this significant new biography.

GARY LACHMAN is one of today’s most widely read and respected writers on esoteric and occult themes. His writing has been published in several national journals on philosophy, esotericism, and modern culture, and his books—including Madame Blavatsky; Rudolf Steiner; Swedenborg; and A Secret History of Consciousness—have been published to acclaim in both America and Europe. In his musical career, Lachman has been inducted into the Rock and Roll Hall of Fame as a founding member of the pioneering rock band Blondie. Lachman was born in New Jersey, and he currently lives in London.