The Edge Of The Sea (Paperback) 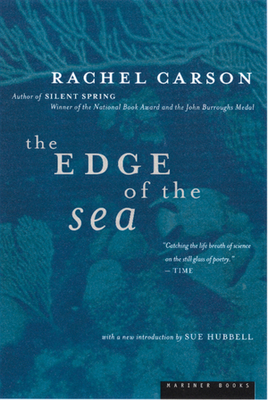 The Edge Of The Sea (Paperback)


Not On Our Shelves—Ships in 1-5 Days
With all the hallmarks of Rachel Carson's luminous prose combined with a scientifically accurate exploration of the Atlantic seashore comes a hauntingly beautiful account of what one can find at the edge of the sea.

"The edge of the sea is a strange and beautiful place." Focusing on the plants and invertebrates surviving in the Atlantic zones between the lowest and the highest tides, between Newfoundland and the Florida Keys, The Edge of the Sea is a book to be read for pleasure as well as a practical identification guide. Its appendix and index make it a great reference tool for those interested in plant and animal life around tidepools.

A new generation of readers is already discovering why Rachel Carson's books have become cornerstones of the environmental and conservation movements.

With an Introduction by Sue Hubbell.
Rachel Carson (1907–1964) spent most of her professional life as a marine biologist with the U.S. Fish and Wildlife Service. By the late 1950s, she had written three lyrical, popular books about the sea, including the best-selling The Sea Around Us, and had become the most respected science writer in America. She completed Silent Spring against formidable personal odds, and with it shaped a powerful social movement that has altered the course of history.

"Catching the life breath of science on the still glass of poetry." Time Magazine —