The History of Sexuality, Vol. 2: The Use of Pleasure (Paperback) 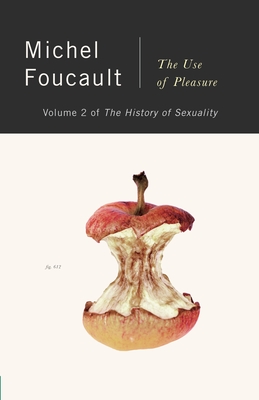 The History of Sexuality, Vol. 2: The Use of Pleasure (Paperback)

This is book number 2 in the History of Sexuality series.

In this sequel to The History of Sexuality, Volume I: An Introduction, the brilliantly original French thinker who died in 1984 gives an analysis of how the ancient Greeks perceived sexuality.

Throughout The Use of Pleasure Foucault analyzes an irresistible array of ancient Greek texts on eroticism as he tries to answer basic questions: How in the West did sexual experience become a moral issue? And why were other appetites of the body, such as hunger, and collective concerns, such as civic duty, not subjected to the numberless rules and regulations and judgments that have defined, if not confined, sexual behavior?
Michel Foucault was born in Poitiers, France, in 1926. He lecturerd in universities throughout the world; served as director at the Institut Francais in Hamburg, Germany and at the Institut de Philosophi at the Faculte des Lettres in the University of Clermont-Ferrand, France; and wrote frequently for French newspapers and reviews. At the time of his death in 1984, he held a chair at France's most prestigious institutions, the College de France.
"Required reading for those who cling to stereotyped ideas about our difference from the Greeks in terms of pagan license versus Christian austerity or their hedonism versus our anxiety."