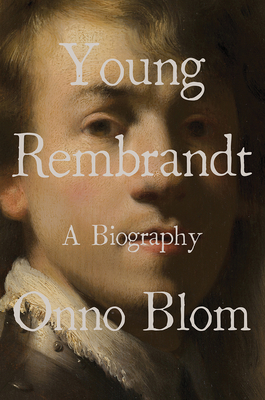 A captivating exploration of the little-known story of Rembrandt’s formative years by a prize-winning biographer.

Rembrandt van Rijn’s early years are as famously shrouded in mystery as Shakespeare’s, and his life has always been an enigma. How did a miller’s son from a provincial Dutch town become the greatest artist of his age? How in short, did Rembrandt become Rembrandt?

Seeking the roots of Rembrandt’s genius, the celebrated Dutch writer Onno Blom immersed himself in Leiden, the city in which Rembrandt was born in 1606 and where he spent his first twenty-five years. It was a turbulent time, the city having only recently rebelled against the Spanish. There are almost no written records by or about Rembrandt, so Blom tracked down old maps, sought out the Rembrandt family house and mill, and walked the route that Rembrandt would have taken to school. Leiden was a bustling center of intellectual life, and Blom, a native of Leiden himself, brings to life all the places Rembrandt would have known: the university, library, botanical garden, and anatomy theater. He investigated the concerns and tensions of the era: burial rites for plague victims, the renovation of the city in the wake of the Spanish siege, the influx of immigrants to work the cloth trade. And he examined the origins and influences that led to the famous and beloved paintings that marked the beginning of Rembrandt’s celebrated career as the paramount painter of the Dutch Golden Age.

Young Rembrandt is a fascinating portrait of the artist and the world that made him. Evocatively told and beautifully illustrated with more than 100 color images, it is a superb biography that captures Rembrandt for a new generation.

Onno Blom has published several books about writers and painters, and in 2018 he was awarded the Dutch Biography Prize. He lives in the Netherlands.

Beverley Jackson has translated work from Dutch to English since 1989. She lives in Amsterdam.
Thoughtful, illuminating…This portrait will delight both casual art fans and connoisseurs alike.
— Publishers Weekly (starred review)

Fascinating…Blom’s method is persuasive: he follows the painter around Leiden’s streets and over its bridges…to create the world that shaped him. As a result, the book is a biography of the city too.
— Michael Prodger - Times (UK)

A meticulous picture of 17th-century Leiden…Blom is an insightful art critic, especially when he dips into blockbusters of Rembrandt’s maturity.
— Jonathan McAloon - Financial Times

Young Rembrandt is well-researched and it certainly widens our understanding of the local historical context.