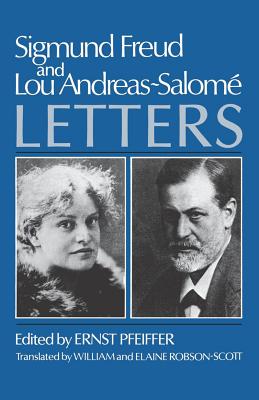 Freud’s letters contain revealing commentaries on his working methods, his concept of narcissism, and his interpretation of Moses, and they treat the themes that preoccupied him in old age: death, religion, war. Frau Andreas’s topic include her relationship to Rilke, and her reaction to his death, and the psychology of the artist.

Lou Andreas-Salomé (1861-1937) was a writer and disciple of Freud who became a practicing analyst. For over two decades she and Freud kept up an intensive correspondence. Freud found in her a perceptive appreciater and amplifier of his ideas, and Frau Andreas found him a sympathetic critic of her own. Their exchanges on theoretical topics and clinical experiences, their admiring friendship, and the glimpses of their personalities make this collection invaluable for readers interested in the history of psychoanalysis. The book includes an introduction and notes by Ernst Pfeiffer, Lou Andreas-Salomé’s literary executor.

Sigmund Freud (1856-1939) is one of the twentieth century's greatest minds and the founder of the psychoanalytic school of psychology. His many works include The Ego and the Id; An Outline of Psycho-Analysis; Inhibitions; Symptoms and Anxiety; New Introductory Lectures on Psycho-Analysis; Civilization and Its Discontent, and others.

Lou Andreas-Salomé (1861–1937) is an important figure in the lives of many Western thinkers and artists. A Russian-born psychoanalyst and author, her diverse interests led to influential relationships with an array of intellectuals, including Nietzsche, Freud, and Rilke.