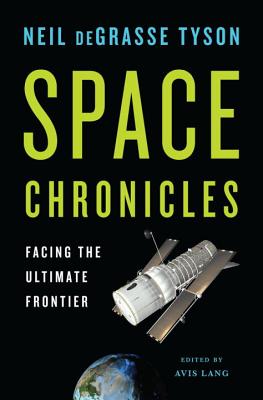 A thought-provoking and humorous collection on NASA and the future of space travel.

Neil deGrasse Tyson is a rare breed of astrophysicist, one who can speak as easily and brilliantly with popular audiences as with professional scientists. Now that NASA has put human space flight effectively on hold—with a five- or possibly ten-year delay until the next launch of astronauts from U.S. soil—Tyson’s views on the future of space travel and America’s role in that future are especially timely and urgent. This book represents the best of Tyson’s commentary, including a candid new introductory essay on NASA and partisan politics, giving us an eye-opening manifesto on the importance of space exploration for America’s economy, security, and morale. Thanks to Tyson’s fresh voice and trademark humor, his insights are as delightful as they are provocative, on topics that range from the missteps that shaped our recent history of space travel to how aliens, if they existed, might go about finding us.

Neil deGrasse Tyson is an astrophysicist with the American Museum of Natural History and the New York Times best-selling author of Astrophysics for People in a Hurry. He lives in New York City.

Avis Lang is a research associate at the American Museum of Natural History’s Hayden Planetarium. For half a decade, she edited Tyson’s Natural History magazine column, Universe, parts of which became the basis for his Astrophysics for People in a Hurry, and later edited his anthology Space Chronicles. She lives in New York City.