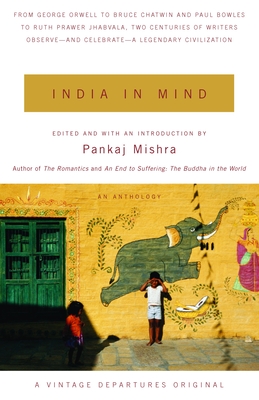 
Special Order—Subject to Availability
Ever since Herodotus reported that it was home to gold-digging ants, travelers have been intrigued by India in all its beguiling complexity. This superb anthology gives us some of the best fiction, nonfiction, and poetry that has been written about the world’s second most populous nation over the past two centuries.

From Mark Twain’s puzzled fascination with Indian castes and customs, to Allen Ginsberg’s awe at the country’s spiritual and natural splendors, or from J. R. Ackerley’s delightful recollections of his visits with an eccentric gay Maharajah, to Gore Vidal’s unforgettable scene in his novel Creation, in which his character finally meets the Buddha and is bewildered–all twenty-five selections in India in Mind reveal a place that evokes, in the traveler, reactions ranging from fear and perplexity to astonishment and wonder. Edited and with an introduction and chapter notes by the award-winning novelist Pankaj Mishra, India in Mind is a marvel of sympathy, sensitivity, and perception, not to mention outstanding writing.
Pankaj Mishra was born in North India in 1969 and now lives in London and India. He is the author of The Romantics, which won the Los Angeles Times’s Art Seidenbaum Award for First Fiction, and An End to Suffering: The Buddha in the World. He is a regular contributor to The New York Review of Books, Granta, and The Times Literary Supplement.