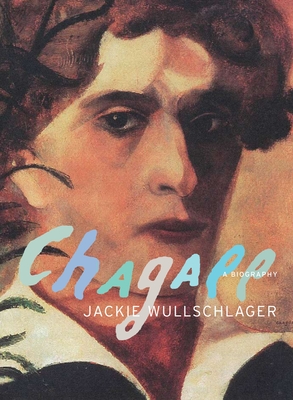 
Special Order—Subject to Availability
“When Matisse dies,” Pablo Picasso remarked in the 1950s, “Chagall will be the only painter left who understands what color really is.” As a pioneer of modernism and one of the greatest figurative artists of the twentieth century, Marc Chagall achieved fame and fortune, and over the course of a long career created some of the best-known and most-loved paintings of our time. Yet behind this triumph lay struggle, heartbreak, bitterness, frustration, lost love, exile—and above all the miracle of survival.

Born into near poverty in Russia in 1887, the son of a Jewish herring merchant, Chagall fled the repressive “potato-colored” tsarist empire in 1911 for Paris. There he worked alongside Modigliani and Léger in the tumbledown tenement called La Ruche, where “one either died or came out famous.” But turmoil lay ahead—war and revolution; a period as an improbable artistic commissar in the young Soviet Union; a difficult existence in Weimar Germany, occupied France, and eventually the United States. Throughout, as Jackie Wullschlager makes plain in this groundbreaking biography, he never ceased giving form on canvas to his dreams, longings, and memories.

His subject, more often than not, was the shtetl life of his childhood, the wooden huts and synagogues, the goatherds, rabbis, and violinists—the whole lost world of Eastern European Jewry. Wullschlager brilliantly describes this world and evokes the characters who peopled it: Chagall’s passionate, energetic mother, Feiga-Ita; his eccentric fellow painter and teacher Bakst; his clever, intense first wife, Bella; their glamorous daughter, Ida; his tough-minded final companion and wife, Vava; and the colorful, tragic array of artist, actor, and writer friends who perished under the Stalinist regime.

Wullschlager explores in detail Chagall’s complex relationship with Russia and makes clear the Russian dimension he brought to Western modernism. She shows how, as André Breton put it, “under his sole impulse, metaphor made its triumphal entry into modern painting,” and helped shape the new surrealist movement. As art critic of the Financial Times, she provides a breadth of knowledge on Chagall’s work, and at the same time as an experienced biographer she brings Chagall the man fully to life—ambitious, charming, suspicious, funny, contradictory, dependent, but above all obsessively determined to produce art of singular beauty and emotional depth.

Drawing upon hitherto unseen archival material, including numerous letters from the family collection in Paris, and illustrated with nearly two hundred paintings, drawings, and photographs, Chagall is a landmark biography to rank with Hilary Spurling’s Matisse and John Richardson’s Picasso.

Jackie Wullschlager is chief art critic for the Financial Times. Her books include a prizewinning life of Hans Christian Andersen and an acclaimed group biography of children’s book writers, Inventing Wonderland.