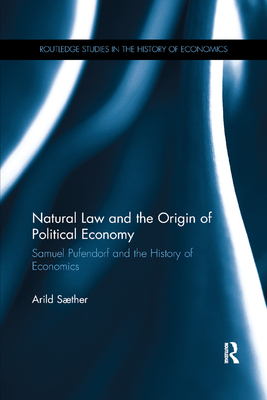 This book explores Pufendorf 's doctrines of political economy and his work on natural law, which was translated into several major European languages. Natural Law and the Origin of Political Economy considers the influence he had on the writings on political economy of John Locke, Charles Montesquieu, Jean-Jacques Rousseau, Francis Hutcheson and Adam Smith, amongst others. If Smith can be called the father of modern economics, this book claims that Pufendorf can be called the grandfather.

This volume is of great importance to those who study Pufendorf 's extensive works, as well as those interested in history of economic thought, political economy and political philosophy.