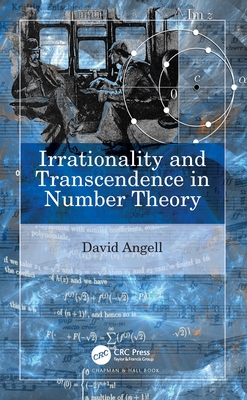 
Not On Our Shelves—Ships in 1-5 Days
(This book cannot be returned.)
This book tells the story of irrational numbers from their discovery in the days of Pythagoras to the ideas behind the work of Baker and Mahler on transcendence in the 20th century. It focuses on themes of irrationality, algebraic and transcendental numbers, continued fractions, approximation of real numbers by rationals, and relations between automata and transcendence. This book serves as a guide and introduction to number theory for advanced undergraduates and early postgraduates. The book includes a wide range of exercises, from routine problems to surprising and thought-provoking extension material.
David Angell studied mathematics at Monash University and the University of New South Wales, Australia, earning a Ph.D. from the latter institution with a thesis on Mahler's method in transcendence theory. He has been a member of the academic staff in the School of Mathematics at UNSW since 1989, and has consistently received glowing evaluations of his teaching both from colleagues and from students. David has taught a wide variety of mathematics subjects, but his favourites have always been number theory and discrete mathematics. He is particularly interested in teaching students to produce proofs and other mathematical writing which are clearly expressed, logically impeccable and engaging for the reader. David is strongly committed to extension activities for secondary school students. He has for many years been the problems editor for Parabola, the online mathematics magazine produced by UNSW, as well as contributing a number of articles to the magazine. He has also given talks on a wide variety of topics to final-year secondary students. Beyond mathematics, David is an enthusiast for wilderness activities and has undertaken expeditions in Australia, Greenland, Nepal, Morocco and many other areas. He is a keen amateur musician, and is the founding conductor of the Bourbaki Ensemble, a chamber string orchestra based in Sydney, Australia.