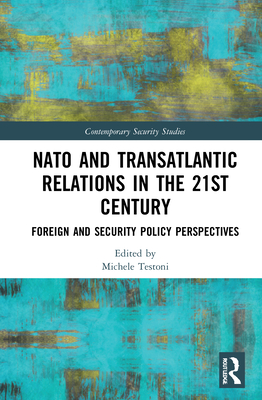 This book explores the evolution and future relevance of NATO from the perspective of the member-states.

Addressing the overarching question of the relevance of transatlantic relations in the 21st century, the volume has three core objectives. The first is to reinforce the view that international alliances serve not only an external-oriented goal, but also a domestic-oriented aim, which is to control others' behaviour. The second is to show that tensions amongst NATO allies have become more acute and, therefore, more dangerous. The third is to discuss current transatlantic relations through the adoption of a second image perspective; that is, one that emphasizes the multiple vertical linkages that connect NATO to the politics and the policies of each ally. The chapters presented here are built on a dual approach: on the one hand, they look at the place the Alliance occupies in the domestic public debate and the strategic culture of specific member states; on the other, they analyze how each of these countries contributes to NATO's operations and what interests and visions they share for the Alliance's future.

This book will be of much interest to students of NATO, international organizations, foreign policy, and security studies in general.