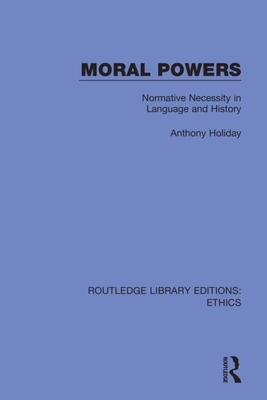 Originally published in 1986, this book subverts an attitude towards the moral dimension of life which the author terms 'ethical cynicism'. It discusses a theory of moral powers - a theory which shows that moral values are immensely potent sources of power. The author argues that there is a conceptual affinity between the Wittgensteinian account of language and the Marxist theory of history such that the two complement and even require one another in various aspects.