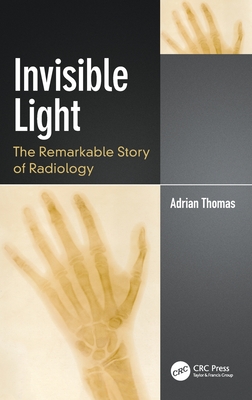 
Not On Our Shelves—Ships in 1-5 Days
(This book cannot be returned.)
The book is a developed history of the radiological sciences - covering the back-story to R ntgen's discovery, the discovery itself and immediate reception the early days of radiology leading to classical radiology (the pre-digital world). The 1970s as the 'golden decade' of radiology will be covered in detail, with the development of CT, MRI and modern interventional radiology. It will appeal to interested members of the public, to those working in the field, and to historians of medicine and science.
Dr Adrian Thomas is a writer and teacher. He has seen the development of modern radiology during his career, entering medical school at University College London in 1972, the year that the CT scanner was announced. He has had an interest in history since his school days; studying medical history with Jonathan Miller, Edwin Clarke and Bill Bynum at University College London for his BSc. Adrian started his radiology training in 1981 at Hammersmith Hospital, which coincided with their pioneering development of the MRI scanner. He is a founder member and past-president of the British Society for the History of Radiology. He has co-authored 7 books and written many book chapters. He is past-president of the British Society for the History of Medicine, past-president of the Radiology Section of the Royal Society of Medicine, is Honorary Historian to the British Institute of Radiology, and is a visiting professor at Canterbury Christ Church University.