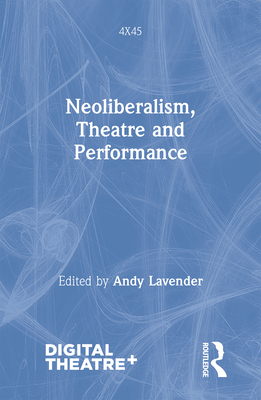 Neoliberalism, Theatre and Performance tackles one of the most slippery but significant topics in culture and politics. Neoliberalism is defined by the contributors as a political-economic system, and the ideas and assumptions (individualism, market forces and globalisation) that it promotes are consequently examined.

Readers will gain an insight into how neoliberalism shapes contemporary theatre, dance and performance, and how festival programmers, directors and other artists have responded. Jen Harvie gives a broad overview of neoliberalism, before examining its implications for theatre and performance and specific works that confront its grip, including Churchill's Serious Money and Prebble's Enron. Liesbeth Groot Nibbelink conducts a fascinating discussion with Rainer Hofmann, artistic director of the SPRING Festival in Utrecht, on ways in which performance festivals can respond to neoliberal culture. Cristina Rosa explores contemporary dance in neoliberal Brazil as a site for both commodification and challenge. Sarah Woods and Andrew Simms discuss and present excerpts from their activist satire Neoliberalism: The Break-up Tour.

Slim and elegant, forceful and wide-ranging, Neoliberalism, Theatre and Performance is an accessible resource for students, practitioners and scholars interested in how neoliberalism both suffuses and is resisted by today's contemporary performance scene.

Andy Lavender is Vice Principal and Director of Production Arts at Guildhall School of Music & Drama. He writes on contemporary theatre and performance, and is the series editor of 4x45.