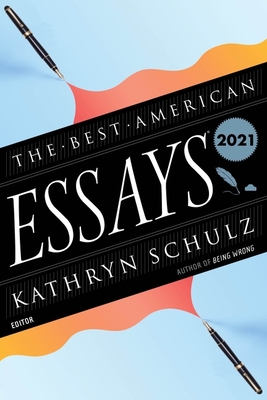 “The world is abundant even in bad times,” guest editor Kathryn Schulz writes in her introduction, “it is lush with interestingness, and always, somewhere, offering up consolation or beauty or humor or happiness, or at least the hope of future happiness.” The essays Schulz selected are a powerful time capsule of 2020, showcasing that even if our lives as we knew them stopped, the beauty to be found in them flourished. From an intimate account of nursing a loved one in the early days of the pandemic, to a masterful portrait of grieving the loss of a husband as the country grieved the loss of George Floyd, this collection brilliantly shapes the grief, hardship, and hope of a singular year.

Kathryn Schulz is a journalist whose work has appeared in the New York Times Magazine, Rolling Stone, Foreign Policy, the Nation, the Boston Globe, and the "Freakonomics" blog of the New York Times. She lives in New York's Hudson Valley.

ROBERT ATWAN has been the series editor of The Best American Essays since its inception in 1986. He has edited numerous literary anthologies and written essays and reviews for periodicals nationwide.