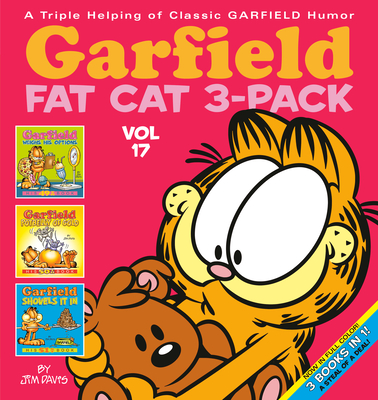 This fun-filled collection includes three books in one: Garfield Weighs His Options, Garfield Potbelly of Gold, and Garfield Shovels It In.

Fat-cat fans, you can bet you’re gonna love this trifecta of fun!

Because Garfield’s back—and he’s on the attack! Tormenting Jon and ruining his dates (as if Jon can’t do that himself), drop-kicking or duct-taping Odie, eating the neighbor’s flowers—and their pet bird!—whacking spiders into the hereafter . . . Garfield will go to any lengths to satisfy his appetite for mischief and mayhem . . . and to entertain his ravenous fans!