The Tower of Swallows (The Witcher #6) (Paperback) 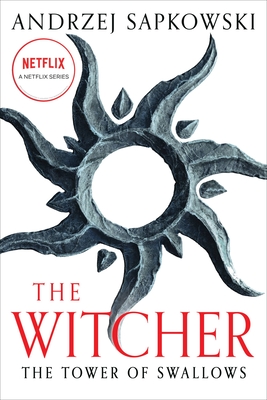 The Tower of Swallows (The Witcher #6) (Paperback)

This is book number 6 in the The Witcher series.

The world is at war and the prophesied savior is nowhere to be found. The Witcher, Geralt of Rivia, races to find her in the fourth novel of Andrzej Sapkowski's groundbreaking epic fantasy series that inspired the hit Netflix show and the blockbuster video games.

The world has fallen into war. Ciri, the child of prophecy, has vanished. Hunted by friends and foes alike, she has taken on the guise of a petty bandit and lives free for the first time in her life.

But the net around her is closing. Geralt, the Witcher, has assembled a group of allies including Dandelion, Milva, Regis, and Cahir, to rescue her. Both sides of the war have sent brutal mercenaries to hunt her down. Her crimes have made her famous.

There is only one place left to run. The tower of the swallow is waiting. . .

Hussite Trilogy
The Tower of Fools
Warriors of God

Translated from original Polish by David French
Andrzej Sapkowski is the author of the Witcher series and the Hussite Trilogy. He was born in 1948 in Poland and studied economics and business, but the success of his fantasy cycle about Geralt of Rivia turned him into an international bestselling writer. Geralt’s story has inspired the hit Netflix show and multiple video games, has been translated into thirty-seven languages, and has sold millions of copies worldwide.
"This is a series you can sink your teeth into."—BuzzFeed News

"Delightful, intense, irreverent, and compelling....you have to read The Witcher books because they are rife with all of the elements that make you love fiction, and especially fantasy, in the first place....In a word, The Witcher delivers."—Hypable

"One of the best and most interesting fantasy series I've ever read."—Nerds of a Feather

"Like Mieville and Gaiman, [Sapkowski] takes the old and makes it new ... fresh take on genre fantasy."—Foundation

"Sapkowski has a confident and rich voice which permeates the prose and remains post-translation. I'd recommend this to any fan of heroic or dark fiction."—SF Book Reviews