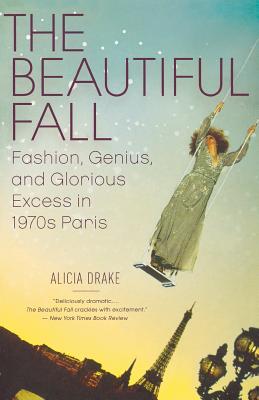 
Not On Our Shelves—Ships in 1-5 Days
A comprehensive biography of the late designer, Karl Lagerfeld, and his infamous rivalry with Yves Saint Laurent.

In the 1970s, Paris fashion exploded like a champagne bottle left out in the sun. Amid sequins and longing, celebrities and aspirants flocked to the heart of chic, and Paris became a hothouse of revelry, intrigue, and searing ambition. At the center of it all were fashion's most beloved luminaries - Yves Saint Laurent, the reclusive enfant terrible, and Karl Lagerfeld, the flamboyant freelancer with a talent for reinvention - and they divided Paris into two fabulous halves. Their enduring rivalry is chronicled in this dazzling exposè of an era: of social ambitions, shared obsessions, and the mesmerizing quest for beauty.

"A story constructed as exquisitely as a couture dress. . . . It moves stylishly forward, with frequent over-the-shoulder glances at some very dishy background." -Boston Globe
Alicia Drake writes regularly for publications including International Herald Tribune, British Vogue, Travel + Leisure, and W Magazine, for which she was a contributing editor.

Brought up in Liverpool, Drake was educated at Cambridge University. She went to Paris for six months and stayed for eighteen years. She is the author of The Beautiful Fall, a book of narrative nonfiction about Paris fashion and creativity in the 1970s. She returned to the UK recently and now lives in the countryside with her husband and five children. I Love You Too Much is her first novel.