The Hyphenated American: The Hidden Injuries of Culture (Contributions in Psychology #38) (Hardcover) 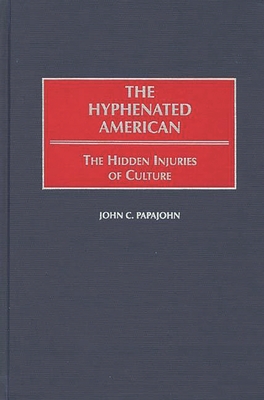 The Hyphenated American: The Hidden Injuries of Culture (Contributions in Psychology #38) (Hardcover)

Papajohn provides a collection of detailed case histories used to explore the effect of culture change on the psychological functioning of white Americans who derive from different ethnic backgrounds. Both individual and marital conflicts are analyzed to highlight the impact of one's cultural heritage on adjustments to mainstream American society. This book is designed to provide therapists with important insights in treating hyphenated Americans, who are the grandchildren (third generation) of the original immigrants. It will also be of interest to laypersons since it is written in a clear and jargonless language.

The modes of thinking, feeling, and acting of the original immigrants are shown to persist over generations and to impact on their children's children. Kluckhohn's theory of variations in orientation is employed to examine the culture change that children and grandchildren of immigrants undergo in interfacing with American society. This is done in the context of intensive psychotherapy with individuals and couples who derive from different ethnic backgrounds. Three individual and three marital therapy cases are analyzed. A culturally enlightened conceptualization by the therapist is shown to enhance the treatment process and lead to a more effective therapeutic resolution.

JOHN C. PAPAJOHN is a senior attending psychologist at McLean Hospital in Belmont, MA., and a lecturer in Psychology in the Department of Psychiatry at Harvard Medical School./e He is also the Honorary Consul of the Republic of Cyprus in Boston, Massachussetts.