The Antelope's Strategy: Living in Rwanda After the Genocide (Paperback) 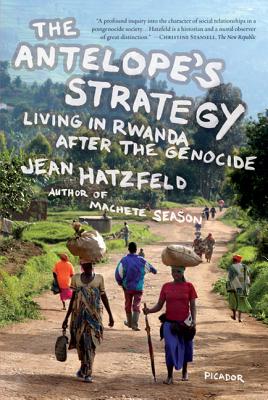 The Antelope's Strategy: Living in Rwanda After the Genocide (Paperback)

One hot May morning in 2003, a crowd of Hutus who had participated in the genocidal killings of April 1994 in Rwanda filed out of prison and into the sunshine, singing hallelujahs, their freedom granted by presidential pardon. As they returned to their old villages, Tutsi survivors watched as the people who had killed their neighbors and families returned to the homes around them. In The Antelope's Strategy, Jean Hatzfeld returns to Rwanda to talk with both Hutus and Tutsis struggling to live side by side. We hear the voices of killers who have been released from prison or returned from exile, and Tutsi escapees who must now tolerate them as neighbors. How are they managing with the process of reconciliation? Is such a thing even possible? The enormously varied answers Hatzfeld gets suggest that little faith in true recovery survives among those who lived through the genocide. This is an astonishing exploration of the pain of memory, the nature of stoic hope, and the ineradicability of grief.

Jean Hatzfeld, an international reporter for Libération since 1973, is the author of many books, including Machete Season and The Antelope's Strategy on Rwanda as well as books on the war in Croatia and Bosnia. He lives in Paris.

“Daring...Hatzfeld captures ordinary Rwandans at their most contemplative, working out the dilemma that will define the rest of their lives: How can survivors and killers share hilltops again?” —Jina Moore, The Christian Science Monitor

“Artfully written . . . a book that illustrates vividly the thorny realities that accompany survival and appeasement.” —Nora Krug, The Washington Post

“Harrowing . . . Hatzfeld tackles the hardest questions of justice and reparations; of why some are broken or fall into despair while others are able to find anew some peace of mind and pleasure in life.” —Anita Sethi, The Independent (UK)

“An amazing look at the reconciliation of evil and forgiveness.” —Vanessa Bush, Booklist