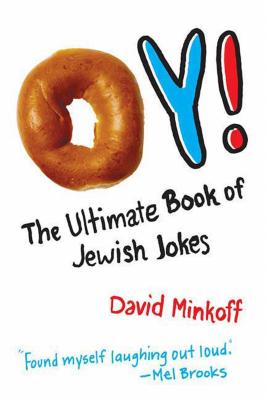 From rabbis to relationships, latkes to lawyers, and marriages to miracles, here is a feast of more than a thousand old and new Jewish jokes and witty anecdotes---and you don't have to be Jewish to enjoy them!
David Minkoff's website has attracted attention and contributions from around the world. Containing jokes to tell children, a compatibility test for couples, and humorous quips for special occasions, his book is a truly unique collection.

"Terrific and addicting . . . guaranteed to make you laugh." ---The Reporter (New York)

David Minkoff's father was a kosher butcher, so he has been surrounded by Jewish culture all his life. He has been collecting jokes since the age of thirteen. He also runs the immensely popular A Word in Your Eye, a website devoted to his love of Jewish jokes. He is the author of Oy! The Ultimate Book of Jewish Jokes, Oy Vey: More!, and Jewish Jokes: A Clever Kosher Compilation.