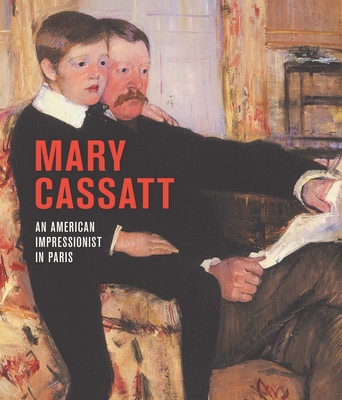 Acclaimed and beloved for her paintings of women and children in intimate, informal settings, Mary Cassatt (1844–1926) was the only American artist to exhibit with the French Impressionists in Paris.  Cassatt celebrated women in an age of rapid female advancement, and she explained her affinity for depicting children, saying they are “natural and truthful,” two of the qualities that her generation of artists was energetically pursuing.  This beautiful book, edited by a preeminent Cassatt scholar, brings together more than sixty important works that span the entirety of Cassatt’s career.  Included here are works across all media in which Cassatt worked—oils, pastels, drawings, and prints—as well as numerous documentary sources that combine to convey a full and nuanced account of Cassatt as an American artist in Paris.

Some of these works, such as Little Girl in a Blue Armchair (1878) and Woman Bathing (1890–91) are familiar; others are from private collections and have been reproduced rarely, if ever.  The result is a fresh look at Cassatt that reaffirms her importance to French Impressionism and Post-Impressionism, celebrates her resilience in the male-dominated worlds of French and American art, and demonstrates her ability to reconcile the different realms in which she lived and worked.

Nancy Mowll Mathews is senior curator and lecturer emerita, Williams College, and an independent scholar specializing in late 19th- and early 20th-century art. Pierre Curie is curator at the Musée Jacquemart-André.
“[A] beautiful book . . . a fresh look at Mary Cassatt that reaffirms her importance.”—Antiques and the Arts Weekly

“For students unfamiliar with Cassat or the formation of Impressionism this book can act as an introduction to the artist and her circle.”—Esther Roth-Katz, Art Libraries Society of North America