Onions in the Stew (Paperback) 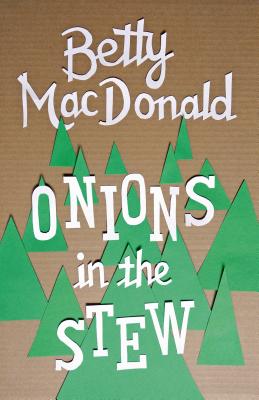 Onions in the Stew (Paperback)

"For twelve years we MacDonalds have been living on an island in Puget Sound. There is no getting away from it, life on an island is different from life in the St. Francis Hotel but you can get used to it, can even grow to like it. 'C'est la guerre, ' we used to say looking wistfully toward the lights of the big comfortable warm city just across the way. Now, as November (or July) settles around the house like a wet sponge, we say placidly to each other, 'I love it here. I wouldn't live anywhere else.'" Betty MacDonald's final memoir, Onions in the Stew recounts her second attempt at farm-living, this time on Washington's then-remote Vashon Island along with her second husband, Don MacDonald, and her two teenage daughters.

Betty MacDonald (1907-1958), the best-selling author of The Egg and I and the classic Mrs. Piggle-Wiggle children's books, burst onto the literary scene shortly after the end of World War II. The Plague and I takes up Betty's delightful misadventures where The Egg and I left off. She continued chronicling her life story with memoirs Anybody Can Do Anything and finally Onions in the Stew. She lived on Vashon Island in Washington's Puget Sound.