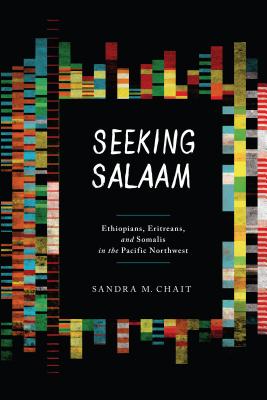 Prolonged violence in the Horn of Africa, the northeastern corner of the continent, has led growing numbers of Ethiopians, Eritreans, and Somalis to flee to the United States. Despite the enmity created by centuries of conflict, they often find themselves living as neighbors in their adopted cities, with their children as class-mates in school. In many ways, they are successfully navigating life in their new home; however, they continue to struggle to bridge old ethnic divisions and find salaam, or peace, with one another. News from home fuels historical grievances and perpetuates tensions within their communities, delaying acculturation, undermining attempts at reconciliation, and sabotaging the opportunity to reach the American Dream.

In conversations with forty East African immigrants living in Seattle, Washington, and Portland, Oregon, Sandra Chait captures the immigrants' struggle for identity in the face of competing stories and documents how some individuals have been able to transcend the ghosts from the past and extend a tentative hand to their former enemies.

Sandra Chait immigrated to the Unites States from South Africa. She received her doctorate in English from the University of Washington, where she taught African literature, and served as associate director of the university's Program on Africa. She is currently an independent scholar in Seattle.