The People Are Dancing Again: The History of the Siletz Tribe of Western Oregon (Hardcover) 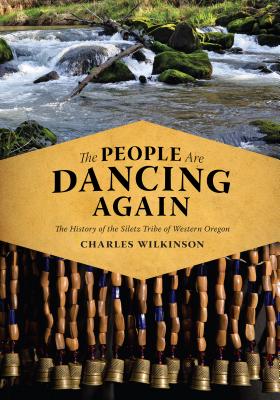 The People Are Dancing Again: The History of the Siletz Tribe of Western Oregon (Hardcover)

The history of the Siletz is in many ways the history of all Indian tribes in America: a story of heartache, perseverance, survival, and revival. It began in a resource-rich homeland thousands of years ago and today finds a vibrant, modern community with a deeply held commitment to tradition.

The Confederated Tribes of Siletz Indians--twenty-seven tribes speaking at least ten languages--were brought together on the Oregon Coast through treaties with the federal government in 1853-55. For decades after, the Siletz people lost many traditional customs, saw their languages almost wiped out, and experienced poverty, killing diseases, and humiliation. Again and again, the federal government took great chunks of the magnificent, timber-rich tribal homeland, a reservation of 1.1 million acres reaching a full 100 miles north to south on the Oregon Coast. By 1956, the tribe had been "terminated" under the Western Oregon Indian Termination Act, selling off the remaining land, cutting off federal health and education benefits, and denying tribal status. Poverty worsened, and the sense of cultural loss deepened.

The Siletz people refused to give in. In 1977, after years of work and appeals to Congress, they became the second tribe in the nation to have its federal status, its treaty rights, and its sovereignty restored. Hand-in-glove with this federal recognition of the tribe has come a recovery of some land--several hundred acres near Siletz and 9,000 acres of forest--and a profound cultural revival.

This remarkable account, written by one of the nation's most respected experts in tribal law and history, is rich in Indian voices and grounded in extensive research that includes oral tradition and personal interviews. It is a book that not only provides a deep and beautifully written account of the history of the Siletz, but reaches beyond region and tribe to tell a story that will inform the way all of us think about the past.

Charles Wilkinson is Distinguished University Professor and Moses Lasky Professor of Law, University of Colorado Law School. He is the author of many books, including Messages from Frank's Landing: A Story of Salmon, Treaties, and the Indian Way and Blood Struggle: The Rise of Modern Indian Nations.