The Boys of Boise: Furor, Vice and Folly in an American City (Columbia Northwest Classics) (Paperback) 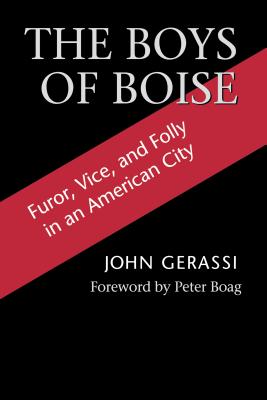 The Boys of Boise: Furor, Vice and Folly in an American City (Columbia Northwest Classics) (Paperback)

"Written in 1965 about a same-sex sexual scandal that occurred in 1955 in Boise, Idaho, John Gerassi's classic study depicts both middle America's traditional response to homosexuality and an era in the country's history before the modern gay rights movement really got underway. Because much of what Gerassi wrote about persists in today's struggles over gay and lesbian issues, his book still has much to tell us about how contemporary society reacts to, and misunderstands, homosexuality."--Peter Boag

On the morning of November 2, 1955, the people of Boise, Idaho, were stunned by a screaming headline in the Idaho Daily Statesman, THREE BOISE MEN ADMIT SEX CHARGES. Time magazine picked up the story, reporting that a "homosexual underworld" had long operated in Idaho's staid capital city. The Statesman led the hysteria that resulted in dozens of arrests--including some highly placed members of the community--and sentences ranging from probation to life imprisonment.

Peter Boag's Foreword places the book in historical perspective, summarizing the popular psychological theories and legal conceptions that helped to shape Gerassi's research. He discusses advances in Idaho's public approach to homosexuality and ways in which the provincialism chronicled by Gerassi persists to this day.