The Story of Propaganda in 50 Images (Hardcover) 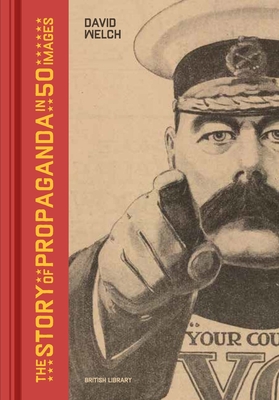 The Story of Propaganda in 50 Images (Hardcover)

From ancient Greek coinage to the sound bites of modern-day political spin doctors, propaganda has existed for thousands of years. But it was in the twentieth century that the art of persuasively communicating ideas truly came of age--when mass media meant that leaders could reach right into our living rooms to deliver their messages. Today, we live in a globalized "post-truth" era of social media and "fake news," in which lies and conspiracies can thrive--and many of us carry this information technology around with us daily on our person.

The Story of Propaganda in 50 Images is a chronological and international look at how important messages have been conveyed across centuries and cultures, through coins and monuments to paintings, posters, and films. The selection has been carefully curated to reveal, and to place in meaningful context, both negative and positive propaganda, from provoking hate to promoting public health, and provides a fascinating insight into how humankind can be seduced through slogans.

David Welch is Emeritus Professor of Modern History and Honorary Director of the Centre for the Study of War, Propaganda & Society at the University of Kent. He has published many books on propaganda, including Persuading the People: British Propaganda in World War II, and Protecting the People: The Central Office of Information and the Reshaping of Post-War Britain, 1946-2011.