Palestinians Born in Exile: Diaspora and the Search for a Homeland (Paperback) 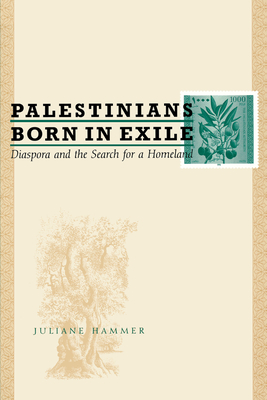 Palestinians Born in Exile: Diaspora and the Search for a Homeland (Paperback)


Not On Our Shelves—Ships in 1-5 Days
In the decade following the 1993 Oslo Peace Accords, some 100,000 diasporic Palestinians returned to the West Bank and Gaza. Among them were children and young adults who were born in exile and whose sense of Palestinian identity was shaped not by lived experience but rather through the transmission and re-creation of memories, images, and history. As a result, “returning” to the homeland that had never actually been their home presented challenges and disappointments for these young Palestinians, who found their lifeways and values sometimes at odds with those of their new neighbors in the West Bank and Gaza. This original ethnography records the experiences of Palestinians born in exile who have emigrated to the Palestinian homeland. Juliane Hammer interviews young adults between the ages of 16 and 35 to learn how their Palestinian identity has been affected by living in various Arab countries or the United States and then moving to the West Bank and Gaza. Their responses underscore how much the experience of living outside of Palestine has become integral to the Palestinian national character, even as Palestinians maintain an overwhelming sense of belonging to one another as a people.
Juliane Hammer is Assistant Professor of Islamic Studies at the University of North Carolina at Charlotte.