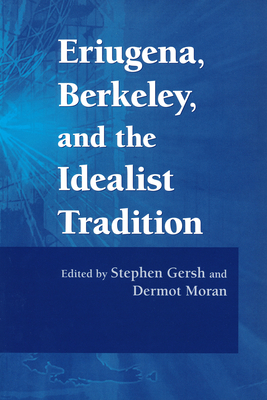 Eriugena, Berkeley and the Idealist Tradition is a collection of original essays presented at an international conference held in Dublin in 2002 and subsequently revised in light of discussions at the conference. As Stephen Gersh and Dermot Moran explain in their introduction, this book asks the question: What do philosophers mean by "idealism?" According to Gersh and Moran, the question of idealism is a difficult one, not only because of the historical complexity of the term "idealism" as they have sketched it but also because understanding of the phenomenon is dependent upon the observer's own philosophical persuasion. The essays in this volume take up the question of "idealism" in the history of philosophy from Plato, through late ancient and medieval thought, to Berkeley, Kant, and Hegel. Although there are obvious discontinuities among these versions of idealism, the degree of continuity is sufficient to justify a reexamination of the entire question.

The contributors cover a wide range of philosophical writers and texts to which the label "idealism" has been or might reasonably be attached. These include Plato, the Roman Stoics, the Neoplatonism of Plotinus, Augustinian Neoplatonism, Johannes Scottus Eriugena, the Arabic Book of Causes, George Berkeley, Immanuel Kant, and classical German idealism.

Dermot Moran is professor of philosophy at University College, Dublin, and a Member of the Royal Irish Academy. His most recent book is Edmund Husserl, Founder of Phenomenology.