The Beauty of Numbers in Nature: Mathematical Patterns and Principles from the Natural World (Paperback) 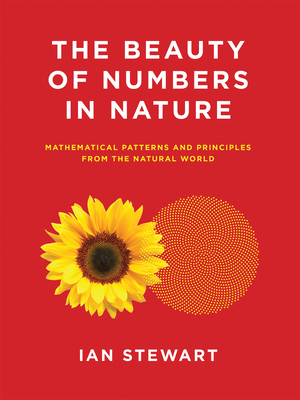 The Beauty of Numbers in Nature: Mathematical Patterns and Principles from the Natural World (Paperback)


Not On Our Shelves—Ships in 1-5 Days
From a zebra's stripes to a spider's web: an engaging examination of patterns in nature and the mathematics that underlie them.

From a zebra's stripes to a spider's web, from sand dunes to snowflakes, nature is full of patterns underlaid by mathematical principles. In The Beauty of Numbers in Nature, Ian Stewart shows how life forms from the principles of mathematics. Each chapter in The Beauty of Numbers in Nature explores a different kind of patterning system and its mathematical underpinnings. In doing do, the book also uncovers some universal patterns—both in nature and made by humans—from the basic geometry of ancient Greece to the complexities of fractals.

Stewart draws on a wide range of sources to examine the mathematics of patterns: the Pythagoreans' obsession with numbers as the philosophical basis of the universe; a great mathematician who wondered about how a violin makes music; a clerk in a patent office who realized that space and time can get mixed together; a maverick mathematician who questioned why nature spurns such regular geometric shapes as spheres and cylinders in favor of jagged lightning bolts, asymmetrically branching trees, and the uneven terrain of mountainsides.

The book begins with a simple and often-asked question about the shape and individual uniqueness of snowflakes. How can such a strange mixture of regularity and irregularity exist in a tiny bit of frozen water? By the end of the book, readers will have learned that mathematical patterns can come in many guises, some of which don't resemble patterns at all.

Ian Stewart is Emeritus Professor of Mathematics at the University of Warwick, U.K., and a Fellow of the Royal Society. He is the author or coauthor of more than 100 books, including Does God Play Dice? and (with Terry Pratchett and Jack Cohen) The Science of Discworld series. His app Incredible Numbers won a Digital Book World Award, and he was cowinner of the 2015 Lewis Thomas Prize for Writing about Science.