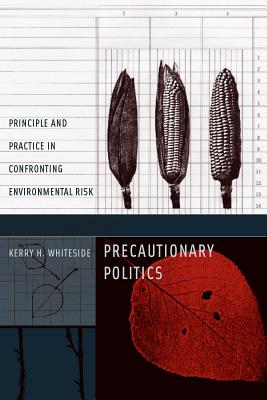 The precautionary principle--which holds that action to address threats of serious or irreversible environmental harm should be taken even in the absence of scientific certainty--has been accepted as a key feature of environmental law throughout the European Union. In the United States, however, it is still widely unknown, and much of what has been written on the topic takes a negative view. Precautionary Politics provides a comprehensive analysis of the precautionary principle--its origins and development, its meaning and rationale, its theoretical context, and its policy implications. Kerry Whiteside looks at the application of the principle (and the controversies it has stirred) and compares European and American attitudes toward it and toward environmental regulation in general.

Too often, Whiteside argues, American critics of the precautionary principle pay insufficient attention to how the principle has been debated, refined, and elaborated elsewhere. Precautionary Politics fills this gap. Whiteside demonstrates the different responses of Europe and the United States, first by describing the controversy over genetically modified crops, and then by using this example throughout the book to illustrate application of the precautionary principle in different contexts. He contrasts the European view that new types of risk require specially adapted modes of regulation with the American method of science-based risk assessment, and argues that despite Bush administration opposition, U.S.-European convergence on precaution is possible. Finally, he looks at the ways in which participatory innovation can help produce environmentally positive results. Whiteside's systematic defense of the precautionary principle will be an important resource for students, scholars, activists, and policymakers and is particularly suitable for classroom use.