Cloud Empires: How Digital Platforms Are Overtaking the State and How We Can Regain Control (Hardcover) 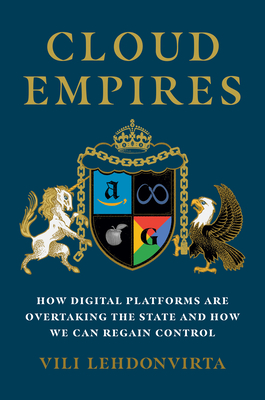 Cloud Empires: How Digital Platforms Are Overtaking the State and How We Can Regain Control (Hardcover)


On Our Shelves Now at:
The rise of the platform economy into statelike dominance over the lives of entrepreneurs, users, and workers.

The early Internet was a lawless place, populated by scam artists who made buying or selling anything online risky business. Then Amazon, eBay, Upwork, and Apple established secure digital platforms for selling physical goods, crowdsourcing labor, and downloading apps. These tech giants have gone on to rule the Internet like autocrats. How did this happen? How did users and workers become the hapless subjects of online economic empires? The Internet was supposed to liberate us from powerful institutions. In Cloud Empires, digital economy expert Vili Lehdonvirta explores the rise of the platform economy into statelike dominance over our lives and proposes a new way forward.

Digital platforms create new marketplaces and prosperity on the Internet, Lehdonvirta explains, but they are ruled by Silicon Valley despots with little or no accountability. Neither workers nor users can “vote with their feet” and find another platform because in most cases there isn’t one. And yet using antitrust law and decentralization to rein in the big tech companies has proven difficult. Lehdonvirta tells the stories of pioneers who helped create—or resist—the new social order established by digital platform companies. The protagonists include the usual suspects—Amazon founder Jeff Bezos, Travis Kalanick of Uber, and Bitcoin’s inventor Satoshi Nakamoto—as well as Kristy Milland, labor organizer of Amazon’s Mechanical Turk, and GoFundMe, a crowdfunding platform that has emerged as an ersatz stand-in for the welfare state. Only if we understand digital platforms for what they are—institutions as powerful as the state—can we begin the work of democratizing them.
Vili Lehdonvirta is Professor of Economic Sociology and Digital Social Research at the Oxford Internet Institute at the University of Oxford. A former software developer, he is the coauthor of Virtual Economies: Design and Analysis (MIT Press).
"Cloud Empires is a terrific book . . . A strong recommend."
– The Enlightened Economist