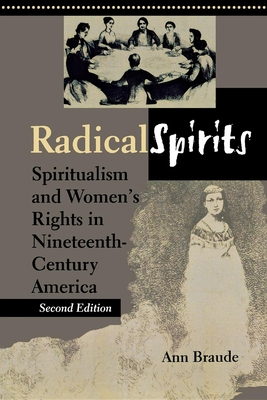 Radical Spirits is a vitally important book . . . that] has . . . influenced a generation of young scholars. --Marie Griffith

In Radical Spirits, Ann Braude contends that the early women's rights movement and Spiritualism went hand in hand. Her book makes a convincing argument for the importance of religion in the study of American women's history.

In this new edition, Braude discusses the impact of the book on the scholarship of the last decade and assesses the place of religion in interpretations of women's history in general and the women's rights movement in particular. A review of current scholarship and suggestions for further reading make it even more useful for contemporary teachers and students.

Ann Braude teaches at the Harvard Divinity School and is co-editor of Roots of Bitterness: Documents in the Social History of American Women.