Specters of God: An Anatomy of the Apophatic Imagination (Paperback) 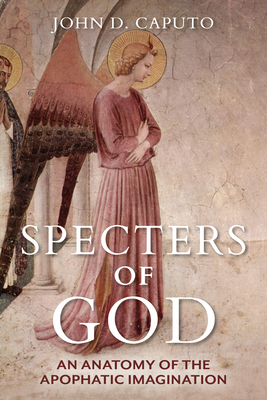 Specters of God: An Anatomy of the Apophatic Imagination (Paperback)

In Specters of God, John D. Caputo returns to the original impulse of his work, the "mystical element" in things, here under the name of an "anxious apophatics," as distinct from an "edifying apophatics" anchored in unity with God. In dialogue with Schelling, a new turn for him and the lynchpin of this argument, Caputo addresses the nocturnal powers in being, the specters that haunt our being and bring us up short. The result is an erudite and insightful analysis--in his usual lively and masterful style--of several key "spectral" figures from medieval angelology and Eckhart's Gottheit, through Luther's deus absconditus and Schelling's "Satanology," to the spectralization and virtualization of the world in the "posthuman" age. Arguing that the name of God is not the master name of a super-being who is going to save us but a placeholder for sources deep in our apophatic imaginary, he asks, Has "God" become a (holy) ghost of the past? A passing spectral effect of the ancient harmonies of the spheres? Does radical thinking culminate in a cosmopoetics beyond theism and its theology, in a doxology to the transient glory of the world, whatever it was in the beginning, however eerie its end, world without why?

John D. Caputo is the Thomas J. Watson Professor of Religion Emeritus at Syracuse University and the David R. Cook Professor of Philosophy Emeritus at Villanova University. His many books include The Weakness of God, The Insistence of God, and Cross and Cosmos.