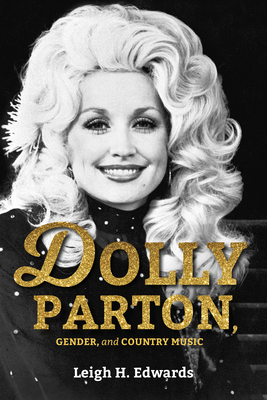 Dolly Parton is instantly recognizable for her iconic style and persona, but how did she create her enduring image? Dolly crafted her exaggerated appearance and stage personality by combining two opposing stereotypes--the innocent mountain girl and the voluptuous sex symbol. Emerging through her lyrics, personal stories, stage presence, and visual imagery, these wildly different gender tropes form a central part of Dolly's media image and portrayal of herself as a star and celebrity. By developing a multilayered image and persona, Dolly both critiques representations of femininity in country music and attracts a diverse fan base ranging from country and pop music fans to feminists and gay rights advocates. In Dolly Parton, Gender, and Country Music, Leigh H. Edwards explores Dolly's roles as musician, actor, author, philanthropist, and entrepreneur to show how Dolly's gender subversion highlights the challenges that can be found even in the most seemingly traditional form of American popular music. As Dolly depicts herself as simultaneously "real" and "fake," she offers new perspectives on country music's claims of authenticity.

Leigh H. Edwards is Professor of English at Florida State University. She is the author of Johnny Cash and the Paradox of American Identity and The Triumph of Reality TV: The Revolution in American Television.