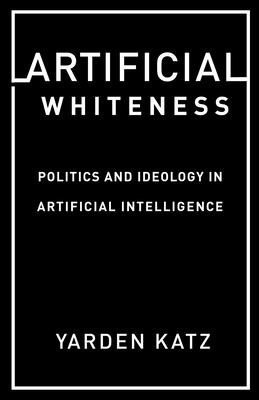 
Not On Our Shelves—Ships in 1-5 Days
Dramatic statements about the promise and peril of artificial intelligence for humanity abound, as an industry of experts claims that AI is poised to reshape nearly every sphere of life. Who profits from the idea that the age of AI has arrived? Why do ideas of AI's transformative potential keep reappearing in social and political discourse, and how are they linked to broader political agendas? Yarden Katz reveals the ideology embedded in the concept of artificial intelligence, contending that it both serves and mimics the logic of white supremacy. He demonstrates that understandings of AI, as a field and a technology, have shifted dramatically over time based on the needs of its funders and the professional class that formed around it. From its origins in the Cold War military-industrial complex through its present-day Silicon Valley proselytizers and eager policy analysts, AI has never been simply a technical project enabled by larger data and better computing. Drawing on intimate familiarity with the field and its practices, Katz instead asks us to see how AI reinforces models of knowledge that assume white male superiority and an imperialist worldview. Only by seeing the connection between artificial intelligence and whiteness can we prioritize alternatives to the conception of AI as an all-encompassing technological force. Bringing together theories of whiteness and race in the humanities and social sciences with a deep understanding of the history and practice of science and computing, Artificial Whiteness is an incisive, urgent critique of the uses of AI as a political tool to uphold social hierarchies.
Yarden Katz is a fellow in the Department of Systems Biology at Harvard Medical School. He received his PhD in brain and cognitive sciences from MIT in 2014.