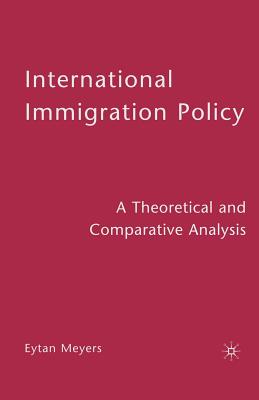 
Not On Our Shelves—Ships in 1-5 Days
Numerous studies explore immigration policies of individual receiving countries. But these studies share several weaknesses. First and foremost, they are empirically orientated and lack a general theory. Second, most examine the policy of single country during a limited period, or, in a few cases, are contributed volumes analyzing each country separately. In general, immigration policy literature tends to be a-theoretic, to focus on specific periods and particular countries, and constitutes an array of discrete bits. This book is a response to this trend, offering a theoretical approach to immigration policy. It explains how governments decide on the number of immigrants they will accept; whether to differentiate between various ethnic groups; whether to accept refugees and on what basis; and whether to favour permanent immigration over migrant workers. The book also answers such questions as: How much influence do extreme-right parties have on the determination of immigration policy? Why do anti-immigration parties and initiatives enjoy greater success in local-state elections, and in the elections for the European Parliament, than in national elections? And under what circumstances does immigration policy become an electoral issue? Meyers draws on a wide array of sources on migration policy-making and using them derives proposed models in a way that few others have done before him. In addition, the book interrelates global and domestic factors that jointly influence government policy-making on international migration in a way that helps to clarify both spheres. Lastly, the work combines historical data with contemporary processes, in a way that draws lessons from the past while recognizing that changing circumstances usually revise governmental responses.
EYTAN MEYERS is Assistant Professor of International Relations at the Hebrew University of Jerusalem.