The Queen Bee and Her Queendom: In The Disconcerted Beehive (Paperback) 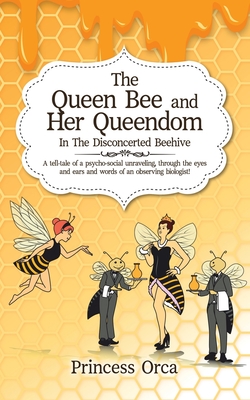 The Queen Bee and Her Queendom: In The Disconcerted Beehive (Paperback)

Weebee is a young and beautiful woman who dearly loves her man Droney, but falls for his 'lookism.' She embraces his family like her own, weaves herself into their lives, and keeps her priorities at bay to meet his needs, just like a worker bee does for the beehive. She deals with her mother-in-law, 'the Queeney', produces Droney's baby, and does everything but is still looked upon with disdain.

Her story evolves into 'his woeful story of chaos, ' and while she continues to be composed in her demeanor, it results in Weebee being in a bigger mess. Feeling a great loss of her versatility as she becomes gloomy and disconcerted, Weebee attempts to stay away from reacting. Amidst the chaos, doing good was the conscious choice she made.

In the end, Weebee finds herself discovering the intervention she was praying for.