The Freedom to Be Racist?: How the United States and Europe Struggle to Preserve Freedom and Combat Racism (Paperback) 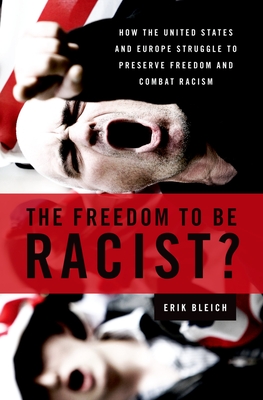 The Freedom to Be Racist?: How the United States and Europe Struggle to Preserve Freedom and Combat Racism (Paperback)


Not On Our Shelves—Ships in 1-5 Days
(This book cannot be returned.)
We love freedom. We hate racism. But what do we do when these values collide? In this wide-ranging book, Erik Bleich explores policies that the United States, Britain, France, Germany, and other liberal democracies have implemented when forced to choose between preserving freedom and combating racism. Bleich's comparative historical approach reveals that while most countries have increased restrictions on racist speech, groups and actions since the end of World War II, this trend has resembled a slow creep more than a slippery slope. Each country has struggled to achieve a balance between protecting freedom and reducing racism, and the outcomes have been starkly different across time and place. Building on these observations, Bleich argues that we should pay close attention to the specific context and to the likely effects of any policy we implement, and that any response should be proportionate to the level of harm the racism inflicts. Ultimately, the best way for societies to
preserve freedom while fighting racism is through processes of public deliberation that involve citizens in decisions that impact the core values of liberal democracies.

Erik Bleich is Professor of Political Science at Middlebury College, and author of Race Politics in Britain and France.