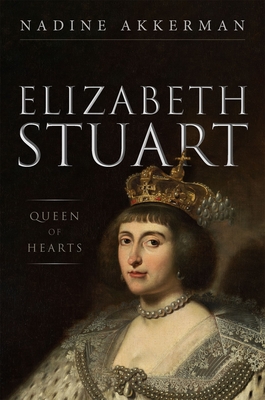 
Not On Our Shelves—Ships in 1-5 Days
The dazzling new biography of one of history's most misunderstood queens Elizabeth Stuart is one the most misrepresented - and underestimated - figures of the seventeenth century. Labelled a spendthrift more interested in the theatre and her pet monkeys than politics or her children, and long pitied as 'The Winter Queen', the direct ancestor of Elizabeth II was widely misunderstood. Nadine Akkerman's biography reveals an altogether different woman, painting a vivid picture of a queen forged in the white heat of European conflict. Elizabeth Stuart, daughter of James VI and I, was married to Frederick V, Elector Palatine in 1613. The couple were crowned King and Queen of Bohemia in 1619, only to be deposed and exiled to the Dutch Republic in 1620. Elizabeth then found herself at the epicentre of the Thirty Years' War and the Civil Wars, political and military struggles that defined seventeenth-century Europe. Following her husband's death in 1632, Elizabeth fostered a cult of widowhood, dressing herself and her apartments in black, and conducted a long and fierce political campaign to regain her children's birthright - by force, if possible - wielding her pen with the same deft precision with which she once speared boars from horseback. Through deep immersion in the archives and masterful detective work, Akkerman overturns the received view of Elizabeth Stuart, showing her to be a patron of the arts and canny stateswoman with a sharp wit and a long memory. On returning to England in 1661, Elizabeth Stuart found a country whose people still considered her their 'Queen of Hearts'. Akkerman's biography reveals the impact Elizabeth Stuart had on both England and Europe, demonstrating that she was more than just the grandmother of George I.

Nadine Akkerman is Professor in early modern Literature and Culture at Leiden University and author of the critically acclaimed Invisible Agents: Women and Espionage in Seventeenth-Century Britain and of The Correspondence of Elizabeth Stuart, Queen of Bohemia. In 2017 she was elected to The Young Academy of the Royal Netherlands Academy of Arts and Sciences, and received a Special Recognition Award from the World Cultural Council, and in 2019 received an Ammodo Science Prize for fundamental research in the humanities.