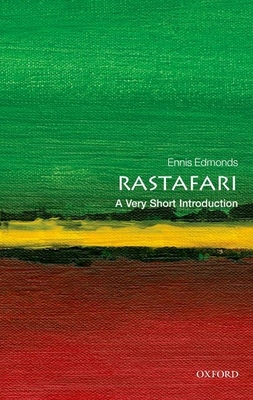 By Ennis B. Edmonds


On Our Shelves Now at:
From its obscure beginnings in Jamaica in the early 1930s, Rastafari has grown into an international socio-religious movement. It is estimated that 700,000 to 1 million people worldwide have embraced Rastafari, and adherents of the movement can be found in most of the major population centers
and many outposts of the world. Most believers worship Haile Selassie I, Emperor of Ethiopia (ruled 1930-1974), as God incarnate. They often embrace the spiritual use of cannabis and reject western society, called Babylon. Believers proclaim Africa (also Zion) as the original birthplace of
mankind, and the call to repatriation to Africa is a key tenet. Rastafari: A Very Short Introduction provides an account of this widespread but often poorly understood movement. Ennis B. Edmonds looks at the essential history of Rastafari, including its principles and practices and its internal
character and configuration. He examines its global spread, its far-reaching influence on cultural and artistic production in the Caribbean and beyond, and its handling of gender issues.

Ennis B. Edmonds is Associate Professor of Religious Studies at Kenyon College. An authority on African Diaspora Religions, Religion in America, and Sociology of Religion, he is the author of Rastafari: From Outcasts to Culture Bearers.