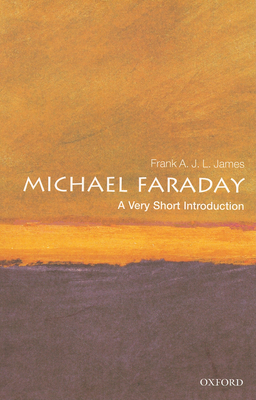 
On Our Shelves Now at:
Michael Faraday is one of the best known scientific figures of all time. Known as the discoverer of electro-magnetic induction, the principle behind the electric generator and transformer, he has frequently been portrayed as the 'father' of electrical engineering from whence much of his popular fame derives. This Very Short Introduction dispels the myth that Faraday was an experimental genius working alone in his basement laboratory, making fundamental discoveries that were later applied by others. Instead, it portrays Faraday as a grand theorist of the physical world profoundly influencing later physicists such as Thomson (Kelvin), Maxwell, and Einstein. Frank A.J.L. James explores Faraday's life from his origins in eighteenth-century Westmorland and Yorkshire, his religious and scientific background, to the growth of his fame in the nineteenth and twentieth centuries. As well as introducing his scientific research, he also puts Faraday in the various institutional contexts in which he lived and worked, including the Royal Institution, the Royal Society, Trinity House, and other agencies of the state. James therefore provides a commentary on the rapidly changing place of science in nineteenth-century society, especially in regards to its role in government and the growth of a professional scientific community.

Frank James is Professor of the History of Science at the Royal Institution. He studied history of science at Imperial College where he received his PhD on the development of spectroscopy in the nineteenth century. His main research is editing the Correspondence of Michael Faraday if which five volumes (out of six) have so far been published.