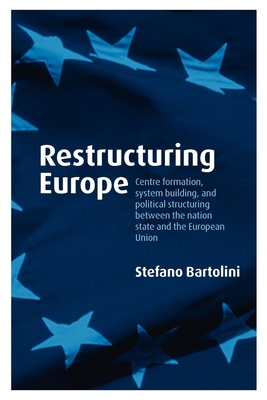 
Not On Our Shelves—Ships in 1-5 Days
(This book cannot be returned.)
This book focuses on the historical configuration of the territorial borders and functional boundaries of the European nation state. It presents integration as a process of boundary transcendence, redefinition, shift, and change that fundamentally alters the nature of the European states. Its core concern lies in the relationship between the specific institutional design of the new Brussels centre, the boundary redefinitions that result from its political production, and, finally, the consequences of these two elements on established and developing national European political structures. Integration is examined as a new historical phase in the development of Europe, characterized by a powerful trend toward legal, economic, and cultural de-differentiation after the five-century process of differentiation that led to the European system of nation states. Considering the EU as the formation of an enlarged territorial system, this work recovers some of the classic issues of political modernization theory: Is the EU an attempt at state formation? Is it an attempt at centre formation without nation building? Is it a process of centre formation without democratization? This work also seeks to sharpen the conceptual tools currently available to deal with processes of territorial enlargement and unification. It develops a theoretical framework for political structuring beyond the nation state, capable of linking all aspects of EU integration (inter-governmentalism, definition of rights, the constitutionalization of treaties, the tensions between the new territorial hierarchy and the nation states, etc.). The book adopts a holistic approach to integration, in the form of a theory from which hypotheses can be generated (even if it is not possible to test all of its components). This theoretical framework has three principal aims: to overcome a rigid distinction between domestic politics and international relations; to link actors' orientations, interests, and motivations with macro outcomes; and to relate structural profiles with dynamic processes of change.